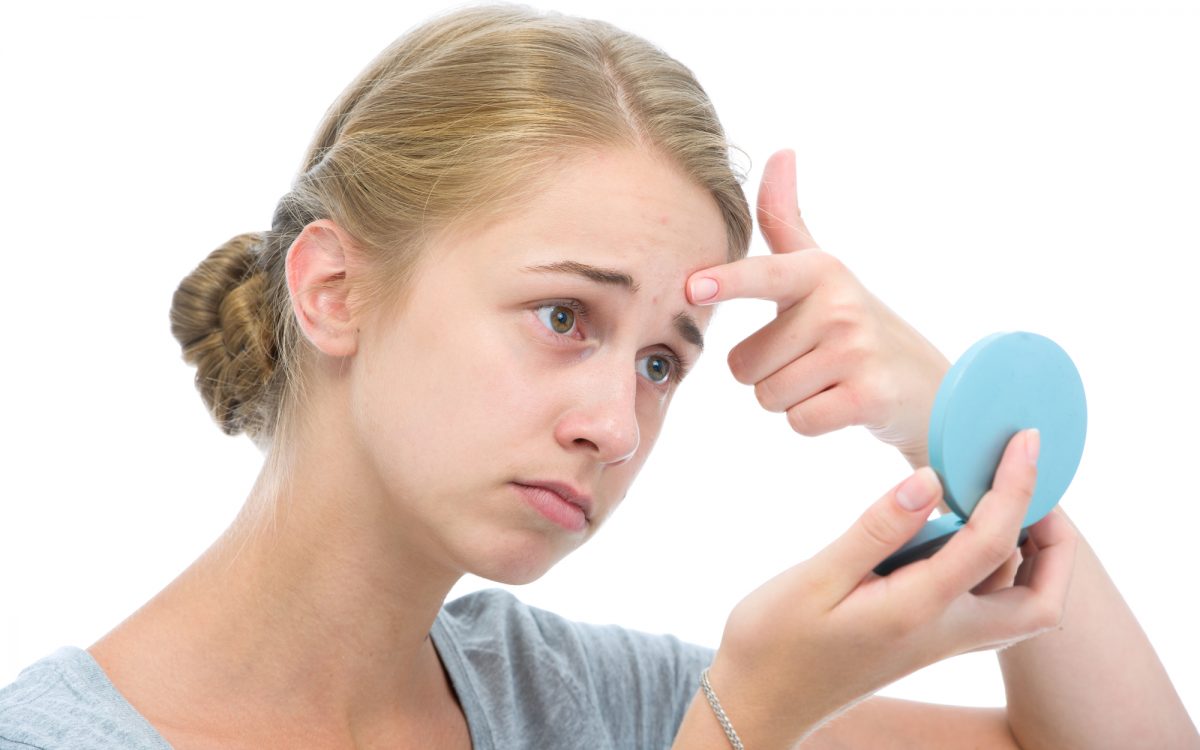 Such a skin disorder as acne can be a huge problem for many people, especially teenagers. However, acne is not limited just to those going through their puberty period. Many adults, children, and even babies can be prone to acne as well.

Simply put, acne is a disorder of the hair follicle when oil and dead skin cells become trapped within the pore. The condition is characterized by the presence of pimples, blackheads or whiteheads spread over the face, neck, chest, back, and upper arms.

Since there is no precise cause of the disease, there are numerous misconceptions regarding acne causes and development. A lot of things we believe to cause acne are actually myths. We have gathered the most common of them illustrating what’s true and what’s not to help you understand acne better.

Lack of hygiene does not cause acne. As mentioned earlier, acne is the hair follicle disorder resulting from the combination of several factors, such as excess oil, dead skin cells, abnormal shedding of the skin, and certain bacteria.

And since acne is not caused by lack of cleansing, you cannot cure it by frequent cleansing, either.

Myth #2: Chocolate, pizza, and French fries can cause acne.

There is no evidence for the relation between acne and diet. Eating chocolate, pizza, or French fries, even if it is unhealthy, will not cause it.

In fact, acne breakouts are rather influenced by bacteria, than food. Propionibacteria acnes (P. acnes) are the bacteria responsible for inflamed acne breakouts. When the number of bacteria in the follicles grows out of control, it results in redness, inflammation and the formation of pus.

Myth #3: Blackheads are the result of dirt trapped in the pore.

This is a common mistake: the black top of a blackhead is not dirt.

A blackhead, a more common name for an open comedo, is an accretion of dead skin cells and sebum forming a plug in the pore. The top of this comedo is not covered by the layer of dead skin cells. When exposed to the air, this oil impaction changes color to dark brown or black, due to a chemical reaction.

Therefore, you cannot wash blackheads away. However, using some over-the-counter products with salicylic acid, or prescription medications like topical retinoid may help to remove them, and prevent them from forming, too. In addition to that, blackheads can also be safely extracted during facials.

Accutane, a decent representative of the category, is a highly effective anti-acne agent used in serious and moderate forms of acne. The drug comes in the form of capsules, it’s a non-invasive treatment option that can be used as an alternative in those cases where other meds are useless.

This hypothesis is rather one of the tricks parents would use to prevent their youngsters from having sexual relationships.

In fact, acne development has nothing to do with your sexual activity. It’s worth mentioning that having sex will not cure your acne either.

Myth #5: You cause acne by touching your face.

You might have heard this many times, but it is actually a myth. Touching your face with hands might be unhygienic since your fingers are not likely to be super clean all the time. However, this will not cause acne development.

Hormones, excess dead skin cells, bacteria in the pores are the ones to blame. And even if you stop touching your face forever, you will still break out in pimples if you are prone to acne.

As mentioned several times before, there are certain factors “required” for acne development: retaining of dead skin cells within the pore, excess oil and acne-causing bacteria. None of these can be caught from someone else.

Therefore, you will definitely not get acne by shaking hands, touching or kissing someone with acne.